Dear reader, let me introduce you to Amarante. As you can see this young girl does not look like a human woman. Her body is made of wood and strings. She is a Double Bass woman. But her heart goes through the same feelings as the human beings. The creature she is holding tight in her arms is Aristote, an Accordion-cat who thinks is a philosopher. Both have been made in a magical violin's maker's shop only known to a few privilege initiates. Unfortunately, their maker acts like a tyrant and Amarante who refuses to submit to his authority and rules put herself into danger. Any idea to save her ? Maybe Johan, the young Austrian prodigy, could help her. 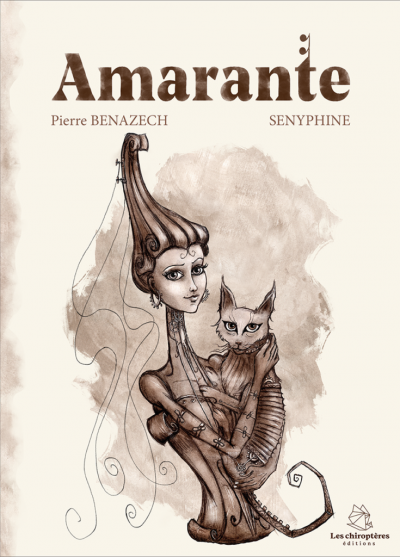 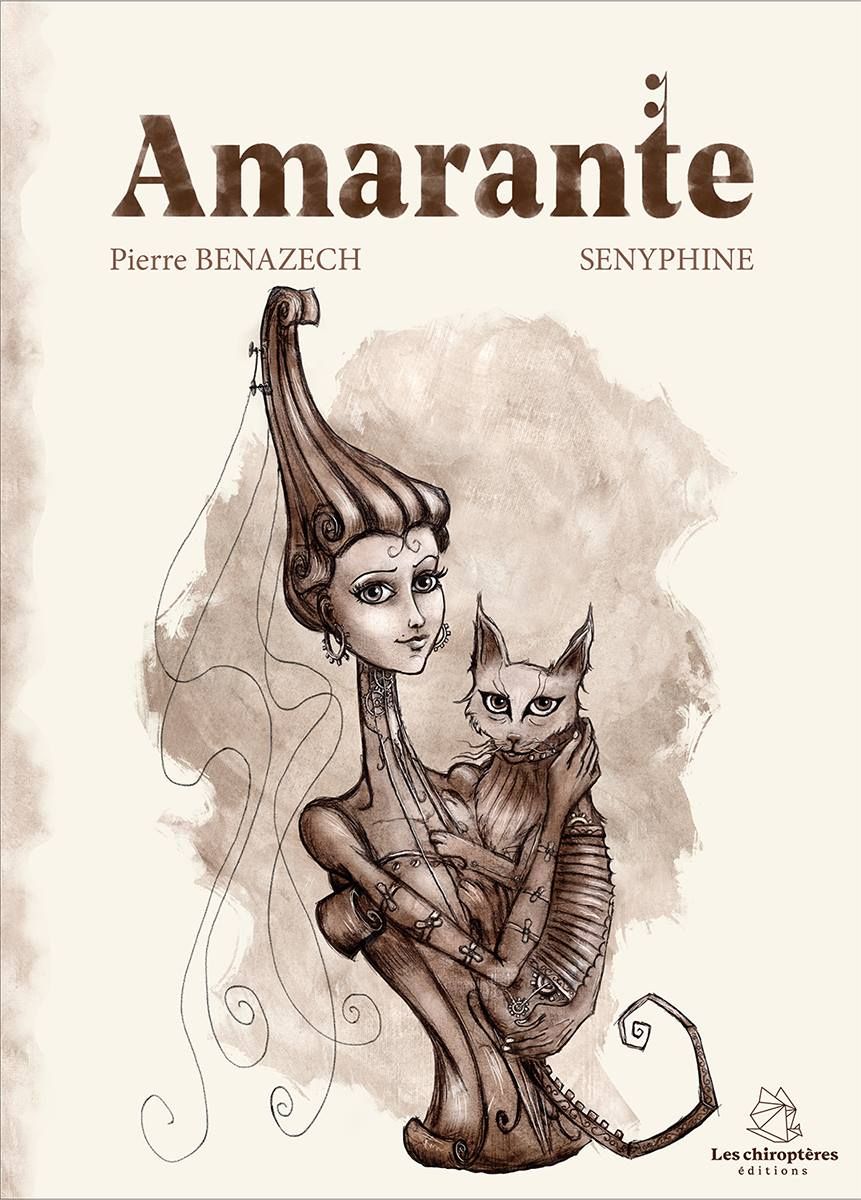 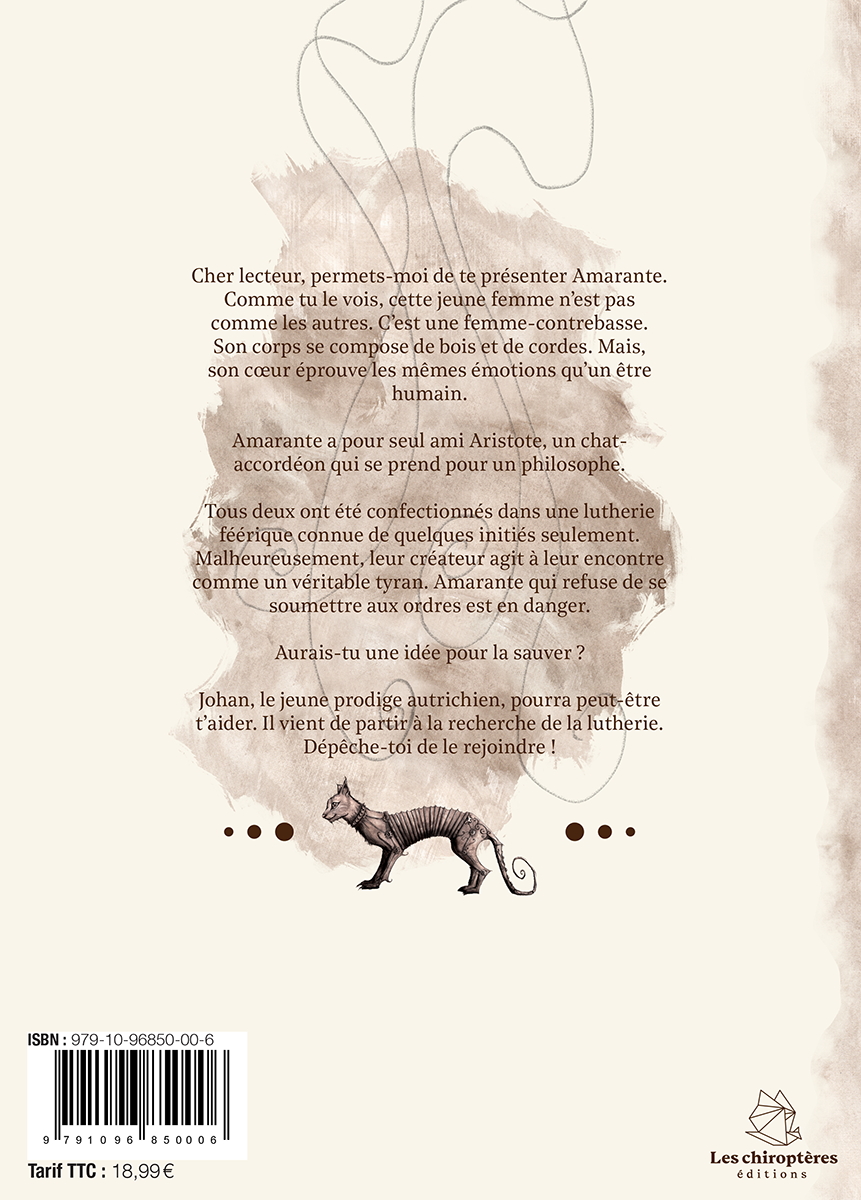 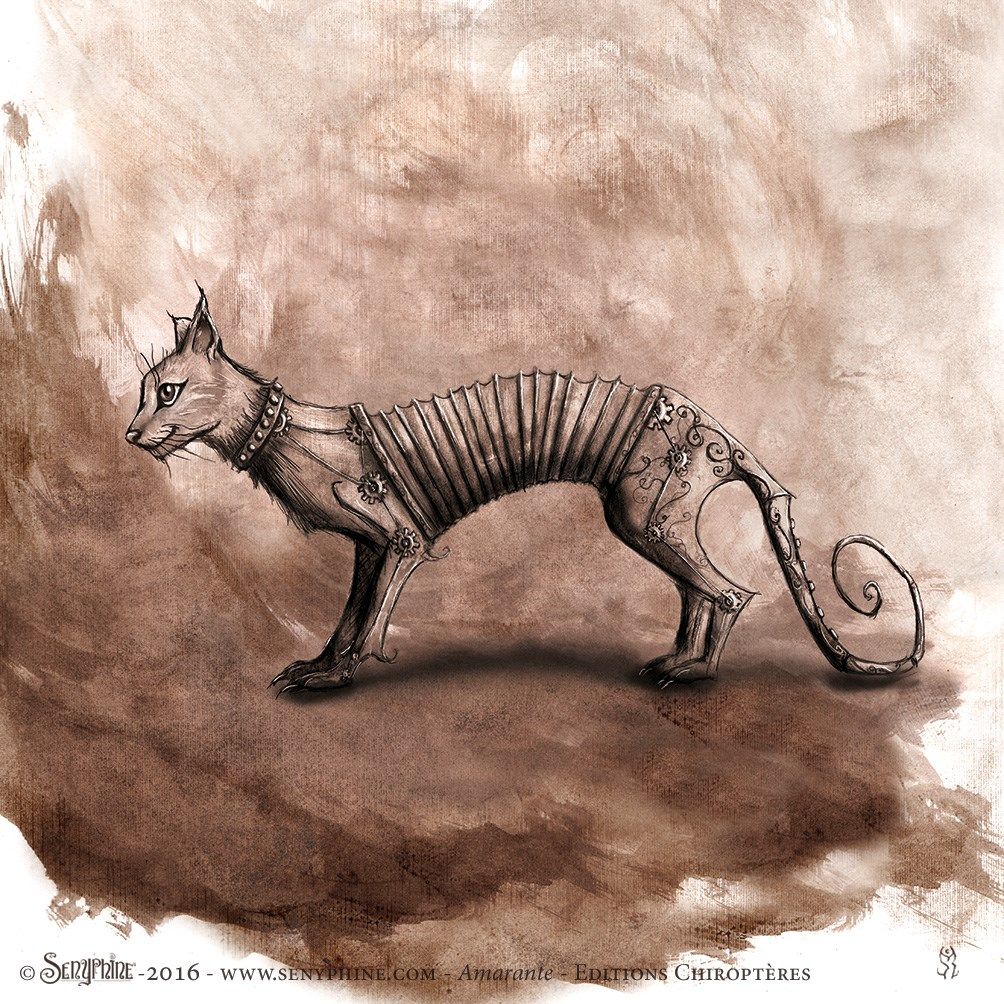 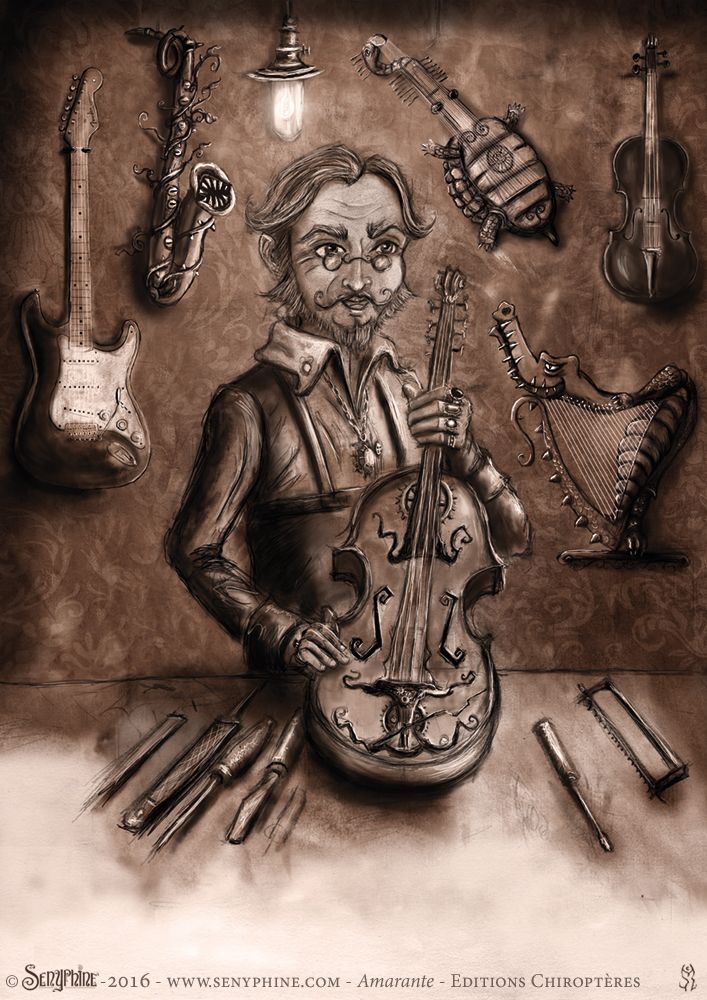 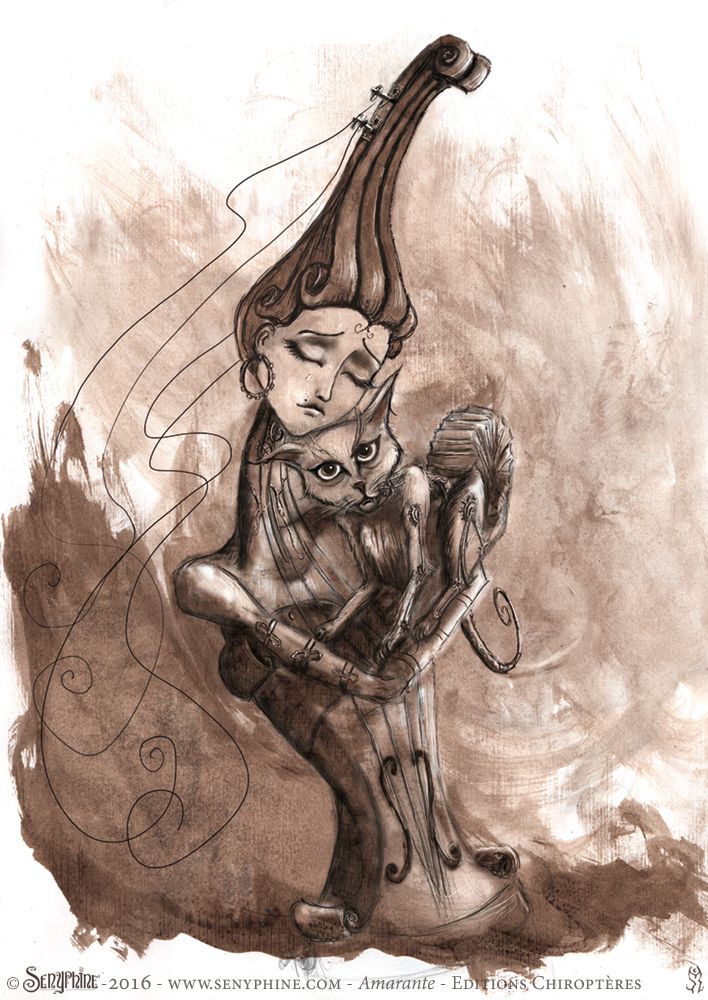 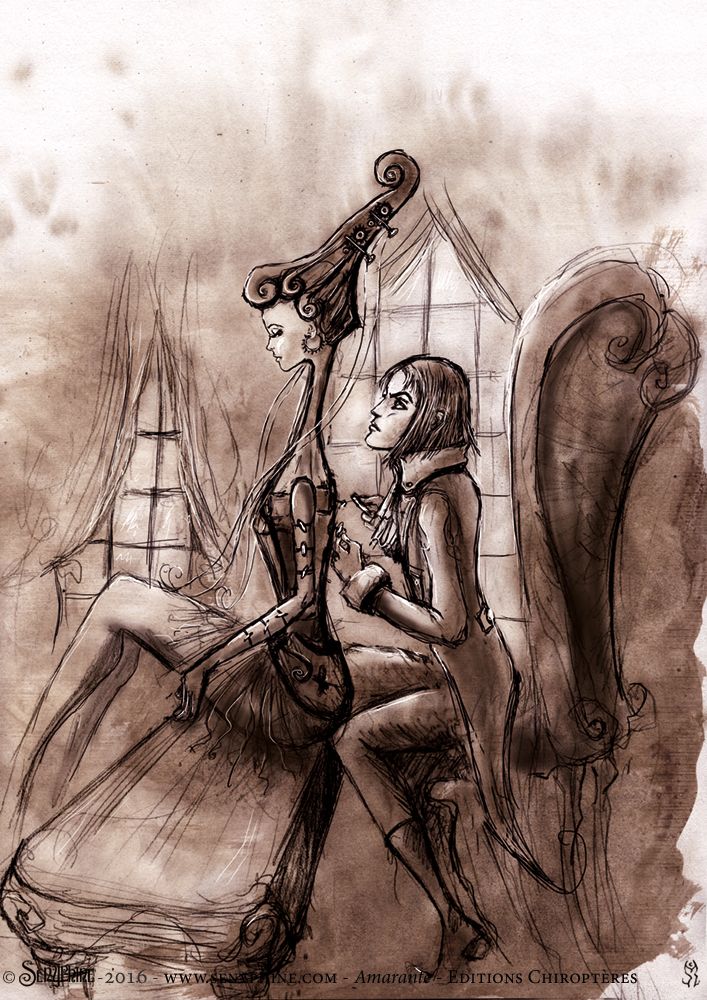 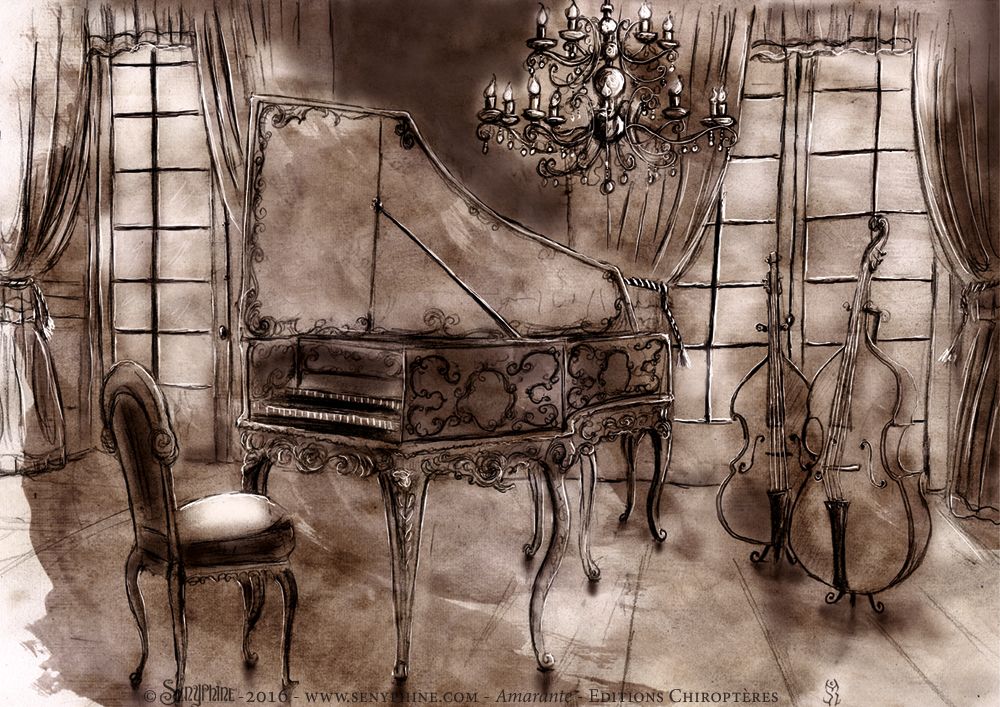 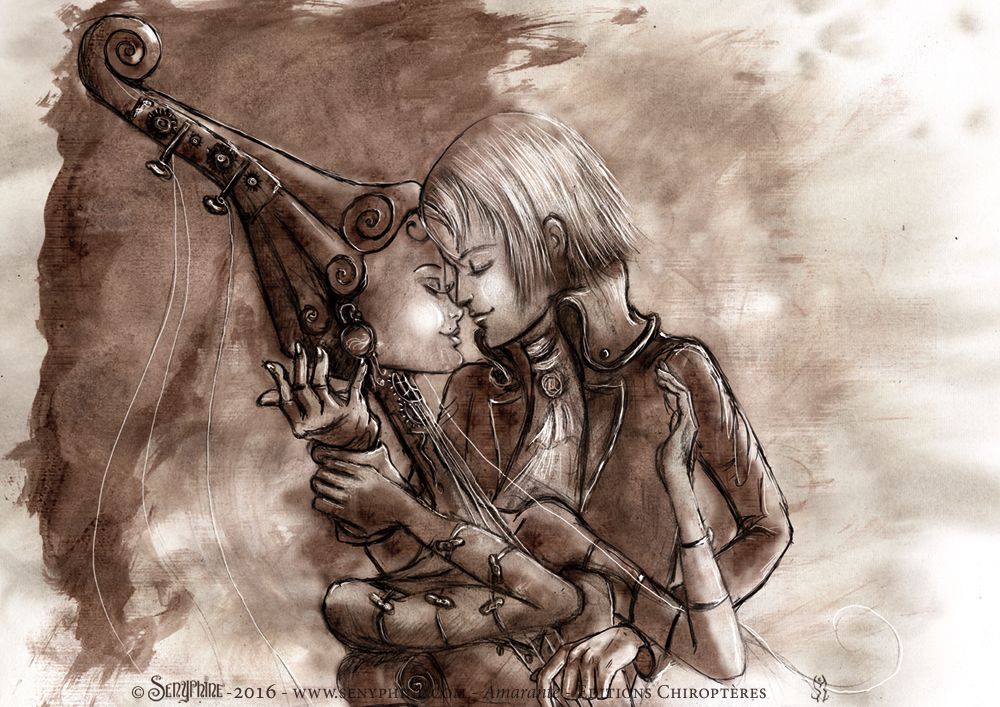 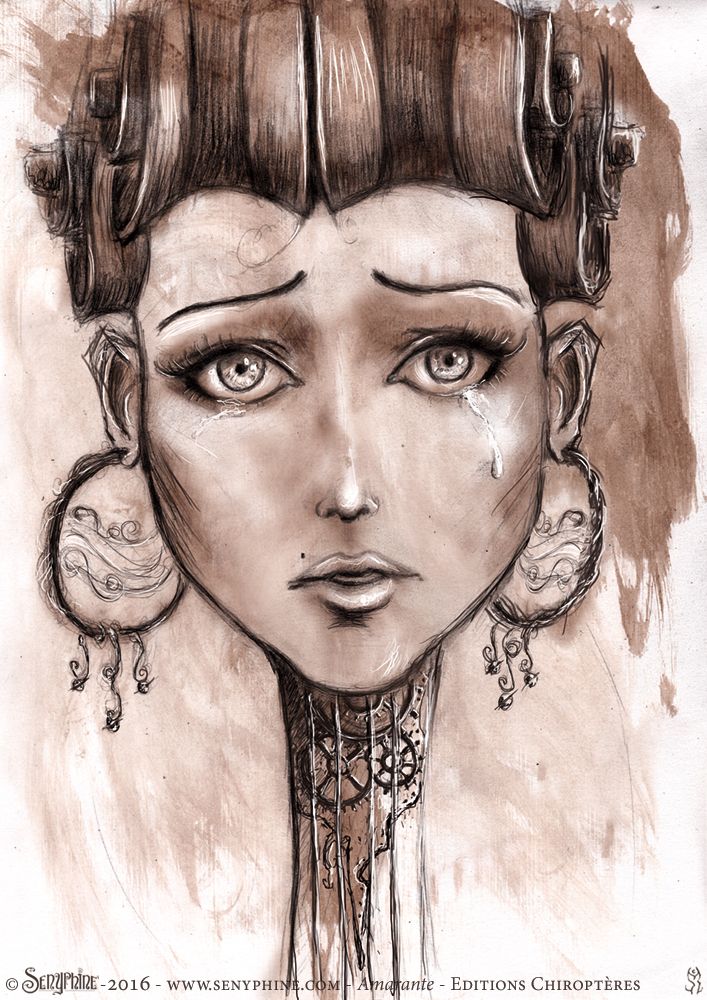 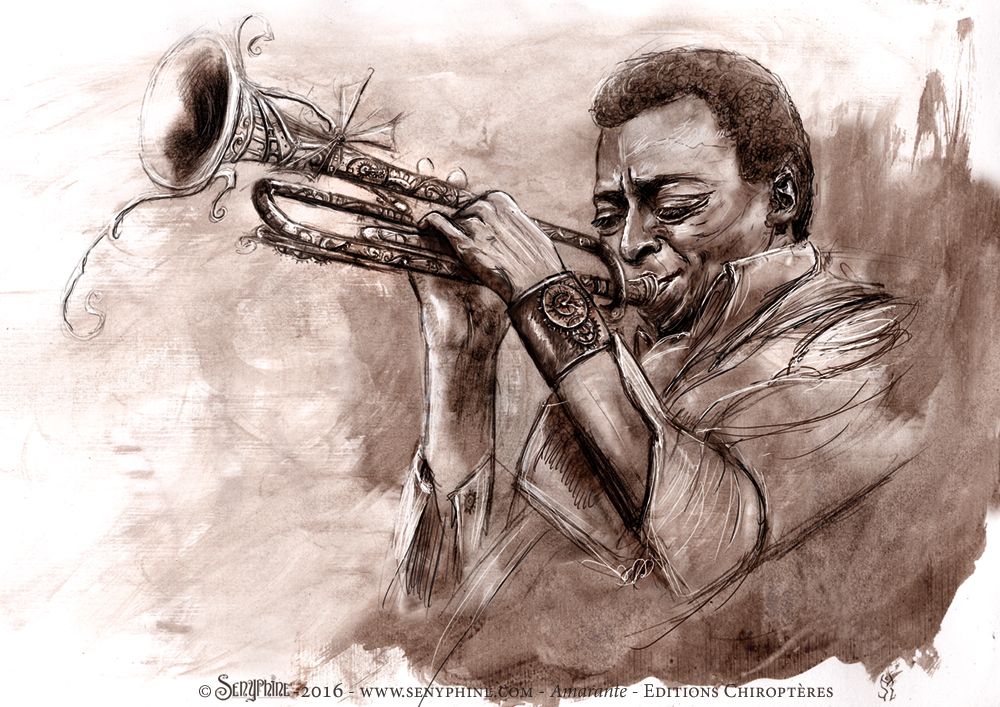 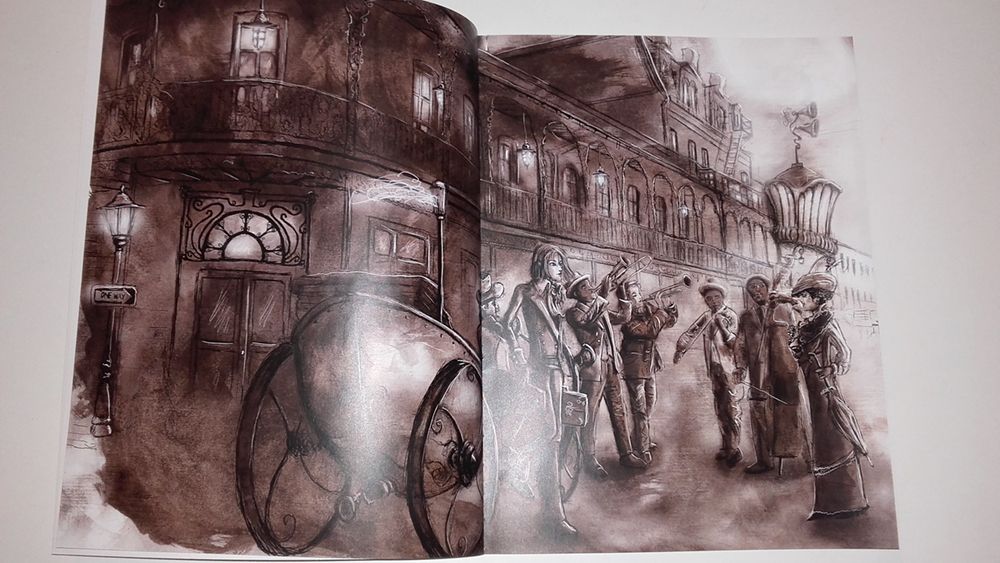 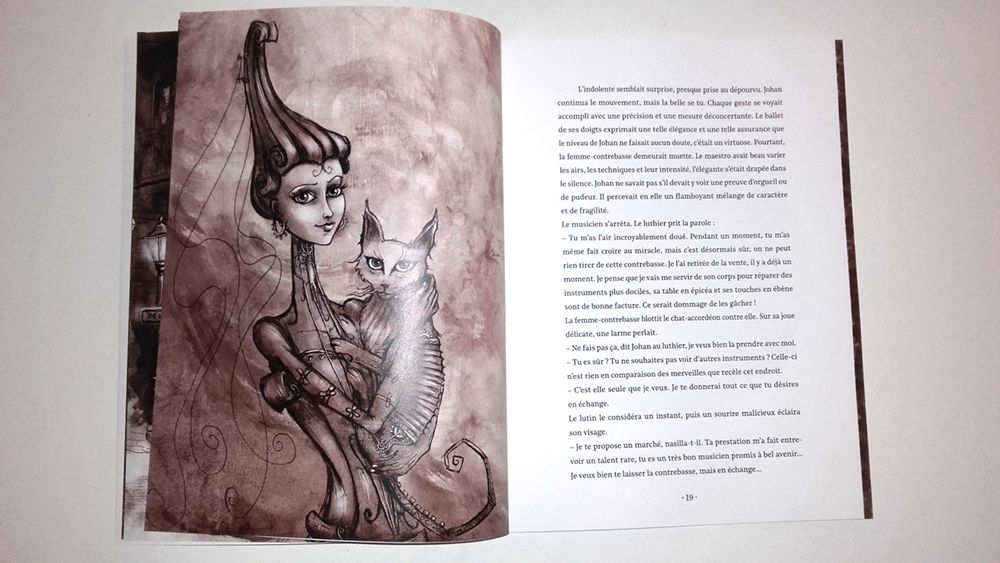